Folklore and “The Original” Version 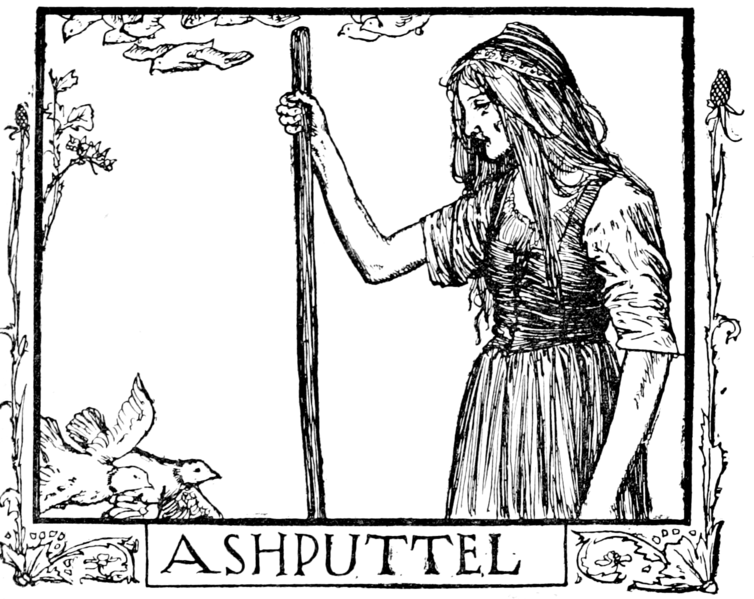 An illustration from a 1912 publication of the Grimms’ tales in English.

A conversation with speculative fiction authors Max Gladstone and Michael Underwood got me thinking about the importance of the “original” version of stories and other expressive culture to people. Gladstone wrote this blog post about how the Star Wars Expanded Universe is essentially a folkloric variation on a narrative, in the same way that the Greek classics displayed variation even when they were written up into plays and other literary (hence fixed) forms. Underwood, who also has folklore training, leapt in, and the discussion veered into intriguing territory, such as wondering how a version of a text becomes associated with concept of the “original” in someone’s mind.

However, as a folklore instructor, I’ve grown to loathe the concept of the “original” when it comes up in my college classes. This is due to two conflated meanings that I’ll unpack here.

The first – and incorrect – way that references to the “original” crop up in my classes is as an assertion of origin. As in, a student saying that the “original” Cinderella was dark and gory.

Um, no. First, that’s usually a reference to the Grimms’ version of Cinderella, in which the stepsisters cut off toes and/or heels to try to fit into the shoe, and get their eyes pecked out by birds at Cinderella’s wedding to the prince. But even then, are we talking about the 1812 version of Cinderella, from when the Grimms first published their collection of tales, Kinder- und Hausmärchen (Children’s and Household Tales), or from the 7th and final revision which appeared in 1857, or any of the intervening revisions? And then what about translations? We know from various folklore studies that Victorian-era English translators changed bunches based on social norms and ideas about acceptability for child audiences.

Between publication and translation issues, it’s difficult to talk about the “original” version of a fairy tale, even when someone has a specific version in mind. Then you throw in the fact that it’s incredibly difficult to determine when the first existing version of something from oral tradition came into being, and yeah… it’s hardly worth talking about. (for what it’s worth, though, the oldest written version of something resembling Cinderella comes from 9th century China, which means it was likely circulating in oral tradition well before that)

See, I’m not drawn to the pursuit of the origins of older folklore. It might be an intriguing research question, for some people, some of the time… but it’s not why I’m here. I’m in folklore studies because we have our scholarly fingers on the pulse of what people (consciously or not) find relevant enough to transmit, perform, and enact.

Anyway, in folklore studies the question of the “original” is essentially a meaningless one, unless you’re working with a phenomenon that is so recent or so thoroughly documented that you can, in fact, point at the first instance of something. But usually it comes together from a swirl of existing cultural material that get remixed in just the right way to cohere and resonate with people.

The second meaning that the “original” can have in folklore studies (and one that bugs me far less, though I wish we had better language for it) is meaning the first version that stuck with you. So it’s a more subjective meaning, and therefore can’t really be debated in the same way as the first meaning. Which is fine – but people need to realize that the first version they were exposed to isn’t necessarily going to be the same for everyone.

In Fairy Tales and Feminism: New Approaches, Donald Haase covers reception and reader response approaches to fairy tales in his introductory essay. One of the scholars he mentions, Kay Stone, has done pioneering work with women’s and children’s memories of and responses to gender roles in fairy tales. Among Stone’s findings is the impressive insight that women selectively remembered the heroines of fairy tales, sometimes making them more active and heroic than passive, even when their roles in the text seem largely passive. Otherwise, there hasn’t been a ton of work in this area that I know of (at one point I was going to do a study, but the IRB permissions were complicated, given that I wanted to work with children).

For fairy tales specifically, yes, we can blame Disney and their aggressive copyright laws for a lot of the hype around the “original” version of something, down to the color and cut of a princess’s dress. But we should also take into account the intellectual fascination with morphologies and genealogies dating back to the Romantic era and the philological foundations of modern literary, historical, linguistic, and anthropological studies. I’ve got a rant about authenticity, and how every cultural tradition is invented, that I’ll get around to writing up eventually, which would tie in nicely here.

If we each have our own personal first-exposure version of a text – whether a tale type, or a custom, or a proper way of preparing a holiday food – then that can be a potentially interesting avenue of study. When was someone first exposed to the text? By whom? Which facets of it stuck with them (motifs and themes; structure; context) and which are more malleable? How does this color their interactions with other versions of the same plot, text, or tale type?

The personal-first-exposure meaning (we need to find a better term than your original version) is intriguing and grants that our unique life experiences shape our interactions with cultural materials. This is more empowering – and more accurate – than trying to determine which version of something came first, since that’s often a question that leads back to historically privileged individuals and groups (e.g. those with literacy, the power to record their lives, and so on).

So please remove the “original” from your vocabulary when in a folklore context. And check out my other folklore pet peeves, too, such as when people assume we write children’s books, or that all folklorists are obsessed with origins, or that everybody already knows everything there is to know about folklore.